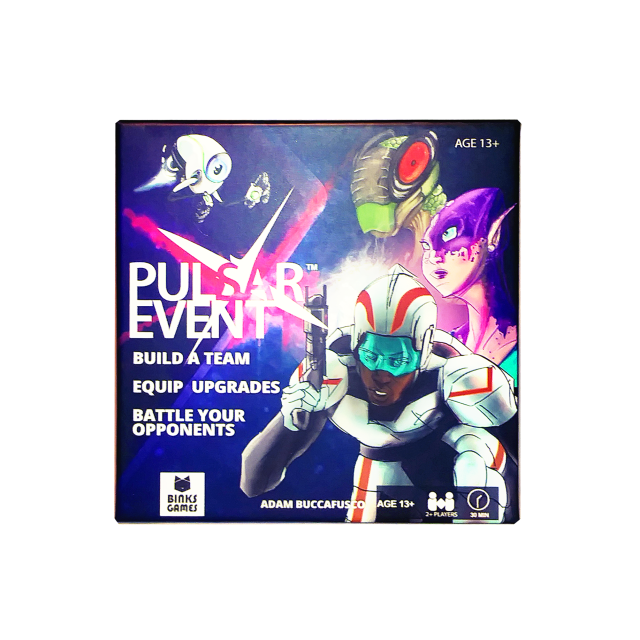 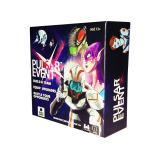 ​Pulsar Event is a strategic, role playing card game. Players build their decks with character and upgrade cards. As players battle their characters in a card v. card fashion, upgrades can be attached to up the action, set traps, or keep the characters alive.

Pulsar Event is an action-packed game using strategy, logic, and skill. It takes 30 minutes to play, and players will learn their character and craft combinations to stack odds in their favor. This battle card game is in the vein of RPG video game battle systems. Rounds play out through three phases: recovery, equip, and attack. You may have to recover after an opposing attack, then you can build your team back up by adding a character to your battleground, or by supping up with upgrades. Players can have a max of three of their characters on the battleground at a time, to attack card v. card. This allows players to become familiar with their team members, and also allows for fair and balanced game play throughout.

This package includes the base game box and two-player game mat.